Google+ is now available for iOS user via iTunes store. It has been weeks of waiting until the new social sensation is finally on iPhone 3G/3Gs/4. The Google+ apps requires iOS 3.1 or later and can be downloaded from the official Apple application store iTunes. 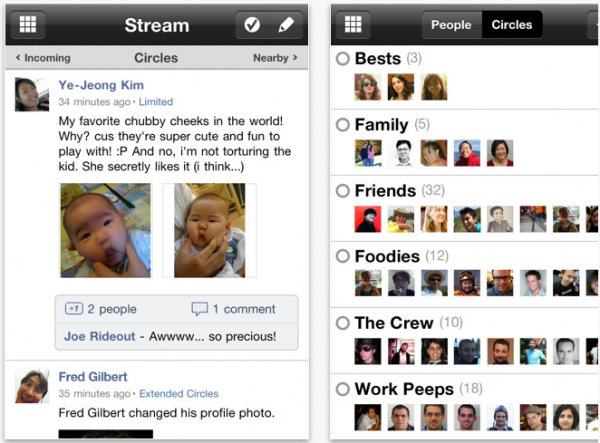 Google+ for iOS is another interesting application for Google+ user which has all the Google+ features on your phone. Couple of features that worth mentioning is the Huddle which easily makes up a spot for sharing fast message through your connections. The live stream from Google+ will automatically notify you for real time updates and your friend’s activities and also places that they are checked in.

Google+ is only available for users 13 and older.

To check for what version you’re on:

Tap the gear icon on top left of your App’s homescreen. Look above the Help button, the version number of the App should be: 1.0.1.1809

I wrote about a confirmed video by a renowned hacker, Pod2g, that make untethered jailbreak...More

If you refer back to our previous post about the development of iOS 5 jailbreak,...More

Pod2g is one of the hackers in the jailbreaking scene that has been working around...More